More and more patients referring to public hospitals in Parwan

PARWAN (SW) – In Parwan province, officials report a doubling of the number of patients visiting government hospitals for treatment.

Mohammad Ajan, a 62-year-old man, is a resident of Shinwari district of Parwan province. He, who has liver and stomach diseases and is hospitalized in the 100-bes specialized hospital of Parvan, says that the health services in this hospital has improved much compared to the past.

Meanwhile, Mohammad Bahram, another elderly man who suffers from diabetes, says that the supply of health services are much better now.

Abdullah, a 20-year-old man, is a resident of Charikar city, the capital of Parwan province. He says that the only reason why the residents of this province have turned to government hospitals is poverty and scarcity.

However, Abdul Khalil Heydari, head doctor of Parwan’s 100-bed specialized hospital, told Salaam Watandar that one of the reasons behind surge in the  number of patients here is the poverty making people unable to afford private clinic expenses.

“Our visitors have almost doubled compared to the past. We used to have 700 to 800 patients daily, now we have 1100 to 1200 of clients daily. Patients believe that they are treated properly here, secondly, the services are provided in the right way. Third, the medicine is free. Another reason is that people have poverty and cannot buy medicine from the market or go to private clinics.”

In addition to this, Hedayatullah Azzam, head of public health in Parwan, says that there are currently 88 active health centers in this province and 80% of patients’ problems are solved in the health centers . He added that these health centers are funded by various aid organizations. 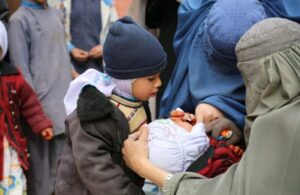