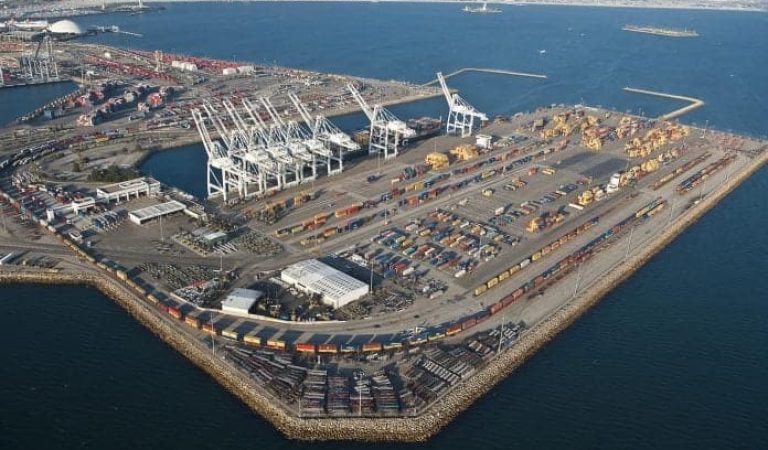 ‘No compromise on Constitution, people’s rights

For Afghanistan, the Chabahar has long been presented as a viable alternative for Pakistan’s Gwadar and Karachi ports in terms of international and transit trade.

However, since the inauguration of the Chabahar port by the top leaders of Afghanistan, India and Afghanistan, the key highways linking this port to the landlocked country such as the 66 Nimroz Highway from Zaranj to Delaram – a 210 km long patch – has turned into ‘highway of death’ for transporters. The 110 km patch of it in Nimroz province that also links Kandahar-Herat highway, has increasingly become insecure.

A large part of the trade goods that enter Afghanistan from Iran and Pakistan passes through this way.

According to sources, the road from Khashrod to Delaram has been completely destroyed and all facilities along the route damaged by the Taliban “at the behest of Pakistan”.

Until two years ago, there was a police checkpoint at every 5 km of the Khashroud – Delaram highway, but the Ministry of Defense closed all these checkpoints to prevent the loss of security forces and replaced them with four large bases along the route.

Local sources in Nimroz told Salam Watandar that in the past two years the Taliban under direct support from Pakistan has been able to seize three army bases on the Khashrod – Delaram highway as a result of the attacks. In one such recent terrorist attack, the ‘Dehmzang base’ was overrun by the insurgents after killing 23 soldiers few weeks back.

Naimatullah Siddiqui, a member of the Nimroz Provincial Council, acknowledge Pakistan’s efforts to destabilize the Chabahar route. He said that of the four army bases, only one remained in the Minar area of ​​Khashrud district. According to Siddiqui, four days ago, the Taliban warned soldiers here to abandon the post or face the fate of the like of those killed at the Dehmzang base.

Qaderi said that the Taliban have dug the Delaram – Khashroud highway at every 20 to 50 meters by planting mines, and that there are no bridges left intact on this route.

Due to the insecurity, no government employee is said to have been able to cross the road in two years.

Abdullah Noorzai, head of the Nimroz Chamber of Commerce and Industries, acknowledged the challenges along the highway. He said the Taliban had set up their self-styled customs at several points on the highway. According to Noorzai, the Taliban charge 35,000 afghanis for each truck carrying construction materials and 3,000 to 5,000 afghanis for each truck carrying food items.

There are reports that following surging insecurity, the government wants to move the capital of Nimroz province from Zaranj city to Khashrod district.

He said ‘some neighboring countries’ are trying to block traders from importing their goods via Chabahar by making the Highway 66 insecure.

Indian Prime Minister Narendra Modi and Afghan President Ashraf Ghani had signed an agreement with Tehran in 2016 for a transport corridor designed to open up a new route to Afghanistan via the Iranian port of Chabahar, circumventing Pakistan. 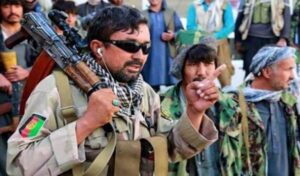 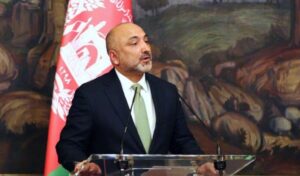 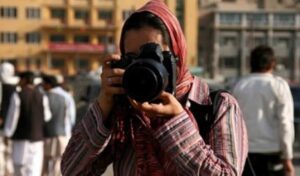 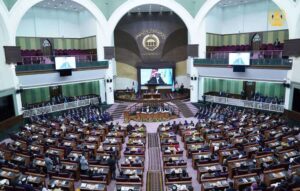 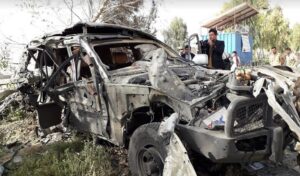 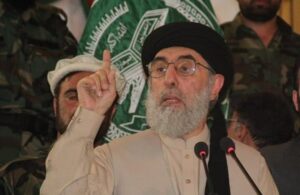 Hezb-e-Islami protesters take to the streets in Kabul 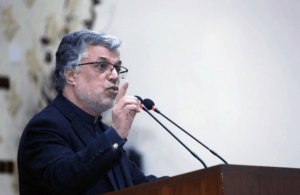 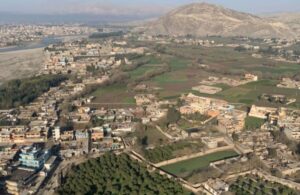