MAIMANA (SW) – Evident spike in road accidents in Faryab province has claimed multiple times over the past couple of days.

A number of residents of Faryab, in a conversation with Salam Watandar, expressed their concern about the increase in traffic incidents in this province and ask the traffic management of Faryab to pay more attention to this issue.

Abdul Wahab and Sakhidad, two residents of Faryab, told Salam Watandar that traffic incidents have increased in the province in recent days, and as a result, a number of civilians have been killed and injured.

According to these two residents of Faryab, the traffic management of this province should pay serious attention to this issue and find the reason for all these traffic incidents and take action to solve it.

Abdul Wahab and Sakhidad want the caretaker government of the Islamic Emirate not to allow those who do not have a driver’s license to drive. They emphasized that the Faryab traffic management is obliged to investigate this case and punish the drivers without a license according to the law.

Meanwhile, Najibullah Khyber, the traffic director of Faryab, confirmed the concerns of the residents of this province and told Salam Watandar that in the last three days, 4 people, including a child, were killed in traffic incidents in Faryab, and at least 25 others, including women and children, were injured.

According to Khyber, the reason for the increase in traffic incidents in this province is the recklessness of drivers. “Drivers are not fined, and there is no fine, and we do not have the authority to fine them.”

Faryab traffic management officials add that if they are given the authority, they can reduce the occurrence of traffic incidents in this province.

It should be noted that in the latest case this morning, as a result of a collision between two speeding cars on the Andakhoi-Jozjan highway, 2 people were killed and 7 others were injured. 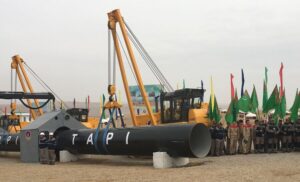 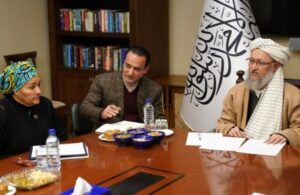 UN demands to reverse the curbs imposed on women, girls in Afghanistan