MONITORING (SW) – U.S. President Joe Biden’s administration will press ahead with talks on releasing billions of dollars in Afghanistan’s foreign-held assets despite late al Qaeda leader Ayman al-Zawahiri’s presence in Kabul and foot-dragging by the Taliban and Afghan central bank, according to three sources with knowledge of the situation.

The decision to pursue the initiative to help stabilize Afghanistan’s collapsed economy underscores growing concern in Washington over a humanitarian crisis as the United Nations warns that nearly half the country’s 40 million people face “acute hunger” as winter approaches.

Reuters reported that at the core of the U.S.-led effort, as Reuters reported last month, is a plan to transfer billions in foreign-held Afghan central bank assets into a proposed Swiss-based trust fund. Disbursements would be made with the help of an international board and bypass the Taliban, many of whose leaders are under U.S. and U.N. sanctions.

The Islamist extremists presented a counterproposal in talks in Doha in late June. read more

U.S. State Department and Treasury officials told independent analysts at an Aug. 11 briefing – 12 days after a CIA drone strike killed al Qaeda leader Zawahiri on a balcony of his Kabul safehouse – they will pursue the talks despite frustration with the pace, two sources said on condition of anonymity.

The Taliban and Afghan central bank – known by the initials DAB – are not acting swiftly, a U.S. official said, according to one source. “The Taliban sit on their hands and it’s infuriating.”

The State Department declined to comment on the briefing.

“The strike did not change the U.S. government’s commitment to setting up the international trust fund” and it is “working with the same speed and alacrity as before the strike,” said the U.S. source.

The Taliban-run foreign and information ministries and DAB did not immediately respond to requests for comment.

U.S. officials also have discussed the trust fund plan with Switzerland and other parties.

Afghanistan’s economic and humanitarian crises deepened when Washington and other donors halted aid that funded 70% of the government budget following the Taliban’s seizure of Kabul on Aug. 15, 2021, as the last U.S.-led foreign troops departed after 20 years of war.

Washington also stopped flying in hard currency, effectively paralyzing Afghanistan’s banking system, and froze $7 billion in Afghan assets in the U.S. Federal Reserve Bank of New York. In February, Biden ordered half the sum set aside “for the benefit of the Afghan people.”

Other countries hold some $2 billion of Afghan reserves.

Initially, the $3.5 billion Biden sequestered would be released into the proposed trust fund and potentially could be used to pay Afghanistan’s World Bank arrears and for printing Afghanis, the national currency, and passports, both in short supply.

The other $3.5 billion is being contested in lawsuits against the Taliban stemming from the Sept. 11, 2001, attacks on the United States, but courts could decide to release those funds too.

The assets also eventually could go to recapitalizing DAB, bolstering its ability to regulate the Afghani’s value, fight inflation, and provide hard currency for imports.

But after Zawahiri was killed, the State Department excluded recapitalizing DAB as “a near-term option,” saying that by harboring the al Qaeda leader in breach of the 2020 U.S. troop pullout deal, the Taliban had fueled concerns “regarding diversion of funds to terrorist groups.”

Two sources quoted the U.S. officials as telling the briefing that proceeding with the talks has become more difficult because of Taliban resistance to several internationally backed demands.

One calls for replacing the two senior militants heading DAB – one is under U.S. and U.N. sanctions – with experienced professionals to help build confidence that the bank was insulated from Taliban interference.

The Taliban and DAB also have not formally agreed to installing independent anti-money laundering monitors at the bank although they have consented in principle, the officials said, according to the sources.

The officials, the sources said, presented examples of what they described as Taliban and DAB intransigence.

They included refusing to cooperate with a U.N.-administered scheme to funnel badly needed international aid funds held by the World Bank to humanitarian agencies in Kabul.

The officials also told the briefing that Washington in March asked other governments to encourage private banks to restore “correspondent” relationships with Afghanistan by which international transactions are facilitated, the sources said.

There “wasn’t a whole lot of appetite” for the outreach made through U.S. embassies in diplomatic notes called demarches, a U.S. official said, according to one source.

That was partly due to the absence of independent anti-money laundering monitors at DAB, the official said, according to the sources. 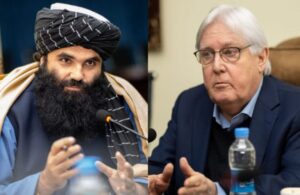 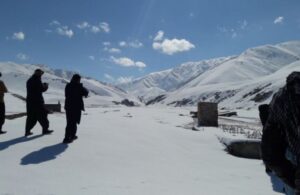 Death toll due to the harsh winter surges to 126