KABUL (SW) – Hundreds of passengers have been stuck on both sides following the clash between Islamic Emirate forces and Pakistani border guards at the Spinboldak-Chaman crossing.

According to the sources in Spinboldak, after the incident on Sunday, the Islamic Emirate forces clashed with Pakistani border guards, as a result of which the Spinboldak-Cheman crossing was closed to people.

One of the witnesses of the event, on the condition that his name is not revealed, told Salam Watandar a person wearing the uniform of the Islamic Emirate forces shot at the Pakistani police, as a result of which one person was killed and four were injured. He adds that after that, the district governor, the security commander and the commissioner started talking with the Pakistani side to either hand over that person to them or try them themselves.

After this conflict, hundreds of travelers including women, children and patients are stuck on both sides of the border and are in a difficult situation. Some of them say that they do not have access to suitable accommodation and if they find somewhere, it costs thousands of afghanis.

Agha Mohammad in Spinboldek, who wants to take his sick mother to Pakistan for treatment, said he has been waiting here since last night when this happened. “I have a visa and passport, and I have a patient with me. I have little money, we are in a bad situation here, we wonder what to do.”

Zar Wali Khan, the resident of Uruzgan, who is waiting for the border to open because he wants to take his sick mother to Pakistan for treatment, says: “My wife and children and my sick mother are also with me. I came from Uruzgan, it also rained here at night. If the road is not opened, we will face many problems.”

We wanted to include the views of the spokespersons of the Islamic Emirate and the Ministry of Foreign Affairs, but until the completion of this report, they did not answer the questions of Salam Watandar.

However, Attaullah Zaid, the spokesman of the Kandahar governor, said that his efforts and talks with the Pakistani side to reopen the Spinboldak-Chaman border crossing have not yet yielded results. 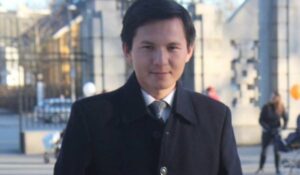