A Helmandi youth’s tale of successful return from migration

LASHKARGAH (SW) – The phenomenon of migration caused by its push factors often has a set of problems and hardships, and even the threat of death with it, which only few migrants evade.

Ahmad Shah Pasun is a resident of Helmand province who has spent 15 years of his life in Pakistan, and has endured many hardships and has bitter memories of migration.

During his time in migration, he was deprived of education and was forced to work hard for food. “We did not eat proper food at all, and faced so many problems many times. It happened many times that we could not even afford to buy a kilogram of sugar. We did not buy flour packs, but only managed to buy four or four kilograms every day. These were the bitter realities of our economic plight, and we were always seen as migrants. Education was not available in our own language and there was no school near the refugee camp”, he said.

Ahmad Shah Pason went on to teach at a university, and became famous when he started working as a media professional. “I worked hard here, I work here and I was motivated to progress, this is my country and people value my work. Working here is enjoyable. I found my way into the community of poets and then into journalism, and when I got into media activities, I became famous and, thank God, I am very happy with my life now”, he said.

Pason said people respect him a lot now, and many people even wish to meet him for inspiration. He added his life has changed dramatically since returning to the country, which was impossible during migration.

Meanwhile, Zeinullah Stanekzai, head of the Helmand Journalists’ Union, said of Ahmad Shah Pason’s media activities that he had made a lot of progress in a very short time. He said that Pasoon started teaching in school, then began working in the media and then entered the university.

According to the head of the Helmand Journalists’ Union, there is more employment and education opportunities for young people in the country than anywhere else though most returnees face many difficulties in training and finding work.

Sayed Abdul Basit Ansari, media affairs consultant at the Ministry of Refugees and Returnees, said that with the cooperation of the Ministry of Labor and Social Affairs and aid agencies, employment and vocational training opportunities have been provided for thousands of young people.

Statistics by the Ministry of Migration and Returnees show that 6,000 to 8,000 people have been provided with employment and training in the past few years. Officials acknowledge more needs to be done in regard to employment and education so that young people returning to the country do not migrate to other countries irregularly again. 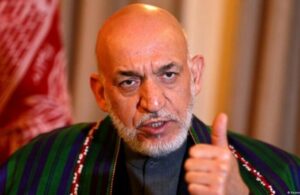 Karzai blames Pakistan’s past policies for insecurity in the country 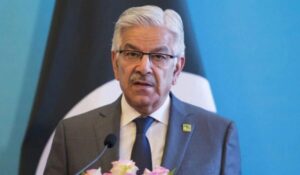