COVID-19 pandemic doubles the woes of Afghan migrants in EU

Thousands of Afghans have fled the country due to insecurity, poverty and unemployment, and embarked on the journey of irregular migration.

Many such refugees struggled with irregular migration in a bit to achieve a peaceful life, but by the time they arrived in their destination country, most have become even more frustrated by their unfamiliarity with the language amid a dozen of other problems. The spread of the corona virus has doubled the problems of Afghan migrants.

Mohammad is one of hundreds of Afghan refugees living in difficult European countries and whose quarantine restrictions have made their life bitter.

Mohammad, a pseudonym, is a resident of Pul-e-Khumri city, the capital of Baghlan province. He has been living in a remote part of Switzerland for six years now. Muhammad works as a laborer to make a living. “We have been facing a lot of troubles since the day we left our homeland and arrived,” Mohammad told Salam Watandar while narrating the ordeal right till arriving in Switzerland.

He said in a single car the smugglers had bundled up to thirteen people during the journey. “There was also a sixteen-hour journey in the mountains and we didn’t even have water or bread to eat. Besides, if we encountered the police on the way, we would be afraid of being shot. Then, we reach Turkey (via Iran) with great difficulty, and we continued our journey on ships that were about to sink at any moment, until we arrived in Switzerland with great difficulty”, he recalled.

“When I had doubts about myself for contracting coronavirus, I wanted to go to a health center and test myself, but they were charging up 90 Swiss francs”, he said adding the refugees were also made subject to imposition of fines for alleged violations of quarantine measures. “We were told not to gather around with up to five people, but since we had to work together, we could not remain separated”, he said.

Muhammad is not satisfied with living in Switzerland. Regarding labor wages and the Swiss government’s labor law, he said that a bulk of his income is takin away by the government as tax.

Hamed Rahmani is another Afghan migrant in Europe. He lives in Sweden. Rahmani too took the dangerous paths of irregular migration to reach Sweden. “When I migrated from Afghanistan to Iran, I saw a lot of problems and then it was not very difficult for me to get to Turkey. But, it was difficult for me to go to Greece and board up a ship with seventy people. The ship was very heavy and full of water, and we had to throw away our belongings to reduce the weight of the ship. Many women were in a very bad situation with their children, and we were very upset to see them. Eventually, we arrived in Greece, and fortunately, by the grace of God, we did not have much trouble from Greece to Sweden.”

Hamed describes the living conditions of migrants in Sweden. He expressed gratitude towards the Swedish government’s provision of health services during the pandemic.

The question here is what is the responsibility of the Afghan government towards the Afghan migrants who are facing many problems in European countries?

Mohammad Haidar Aazem, director of the reintegration at the Baghlan Department of Migrants and Returnees, said that with the spread of the coronavirus, a number of migrants have returned from European countries. According to him, people who have returned to Baghlan from Sweden, Denmark, France and Germany have not received any medical assistance or services from the Migration Department and other institutions. He said that these migrants were forcibly expelled from European countries during the pandemic. 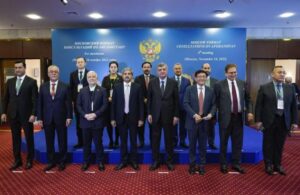 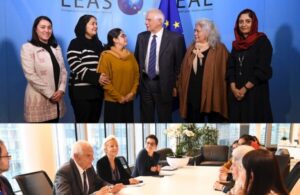 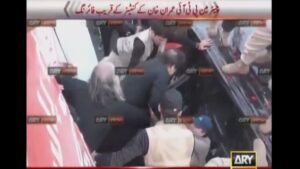